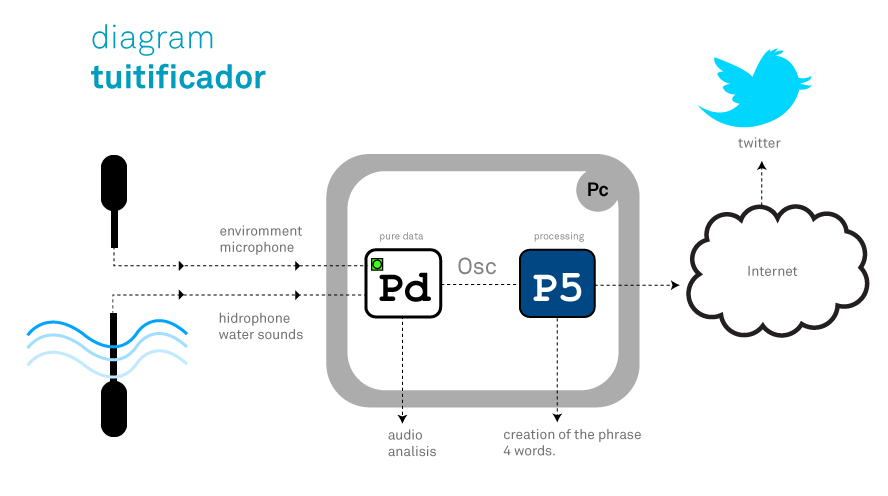 Tuitifador is a program which is used to analyse audio coming from natural environments.
It divides the sound into three distinct categories:

This classification is done based on the decibels detected by the program in each environment.

The program then selects four words from the “tweet-dictionary”, which is the dictionary of
local words belonging to each environment, which represent the local, non-official culture.
Many of them are local vernacular forms, sometimes with no written equivalent form, and only known
in the small villages of the local area. See chart “tweet-dictionary”,

*This dictionary has been created by local artists.

The program generates a phrase with those four words and sends it to Twitter with
the hashtag #eufonic2012. This then pops up in the profile of the festival in which
this project was presented: Eufònic

Basically, it is the representation of the natural environment of the Delta de Ebro area,
as well as the local language and its transformation/adaptation to the Net language.

It is as if the natural environment was tweeting the language of its inhabitants – the expansion
of the local to the global, ending in Twitter. 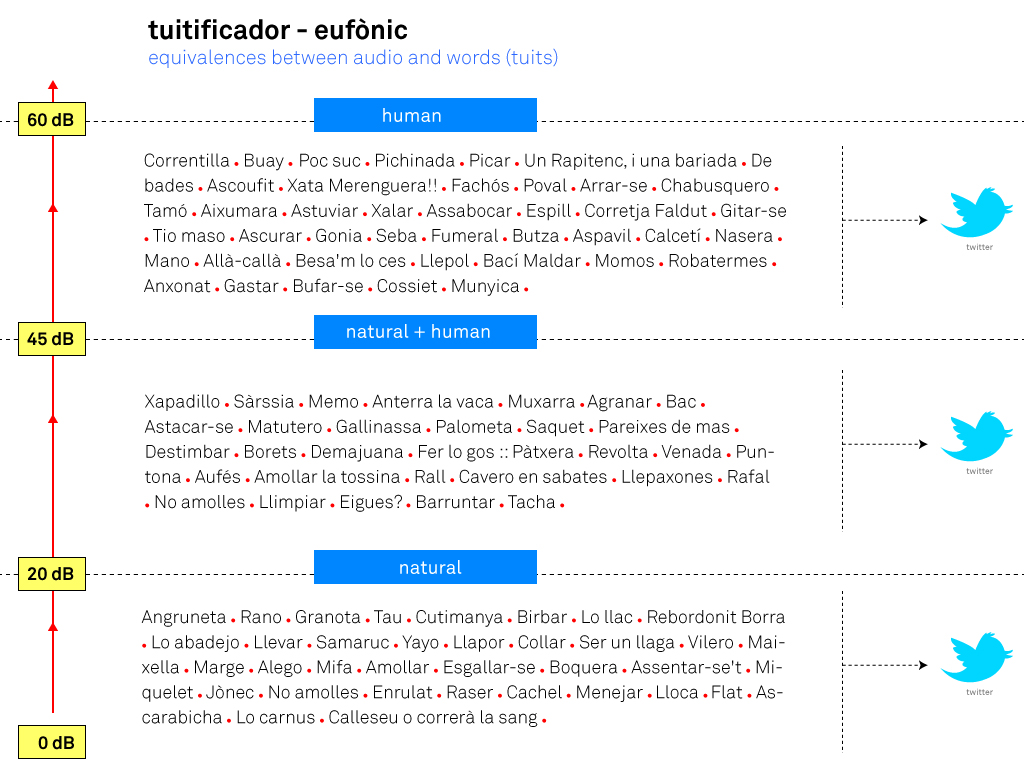 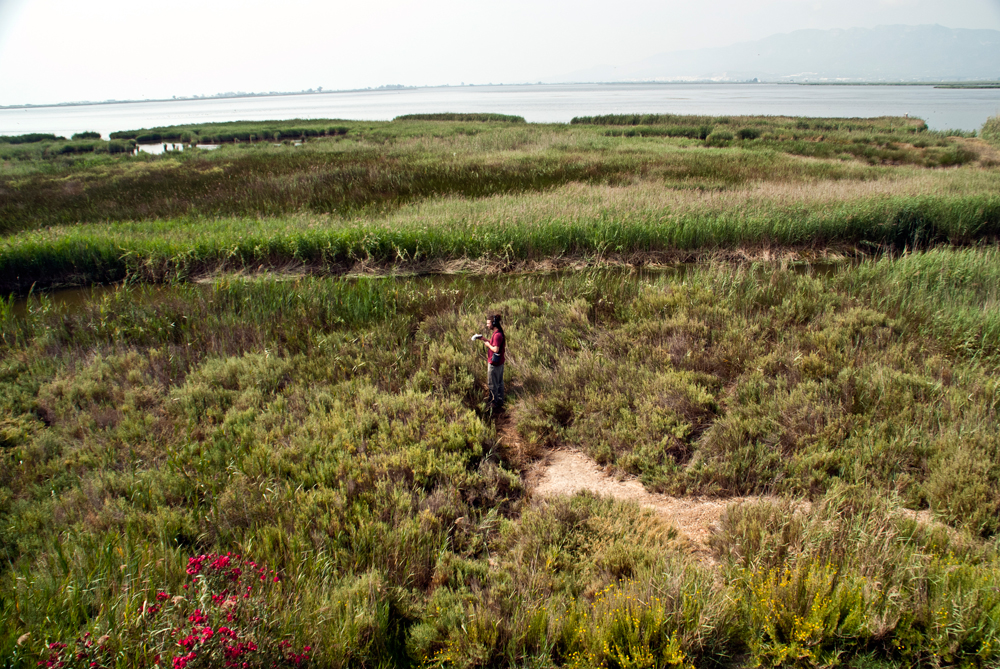 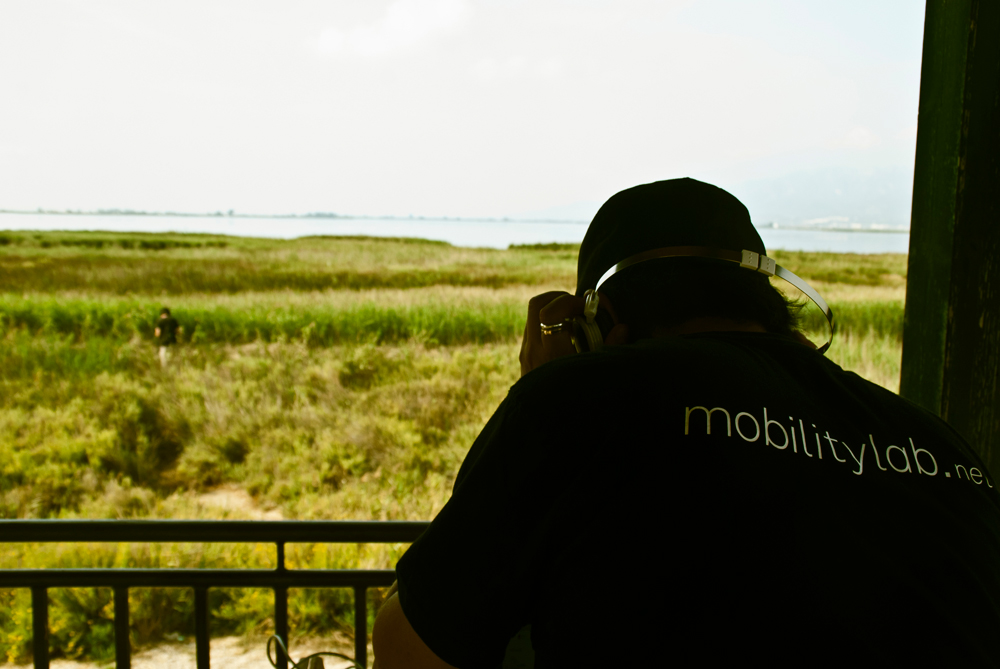 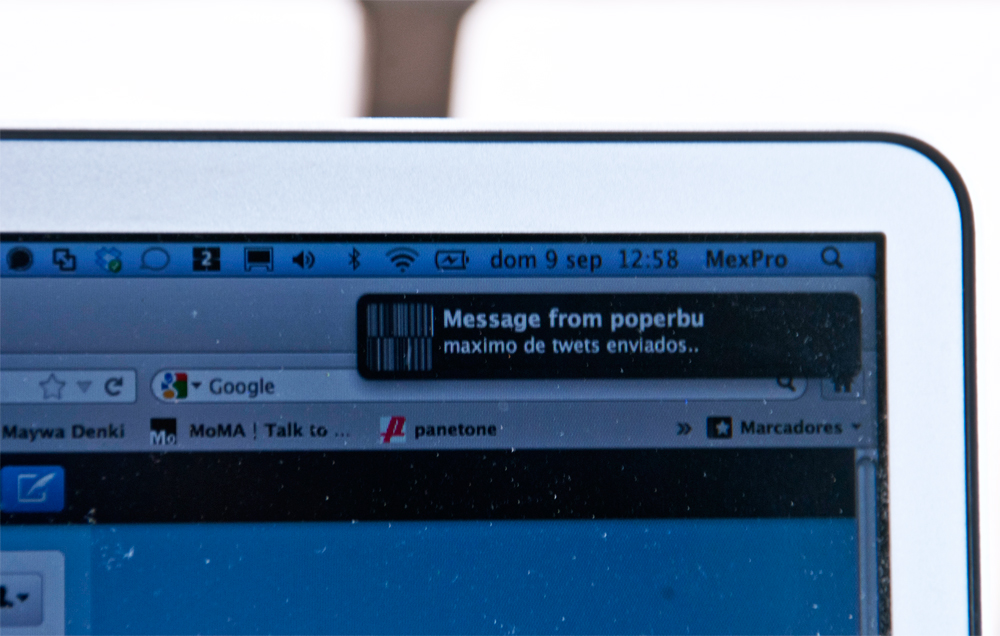 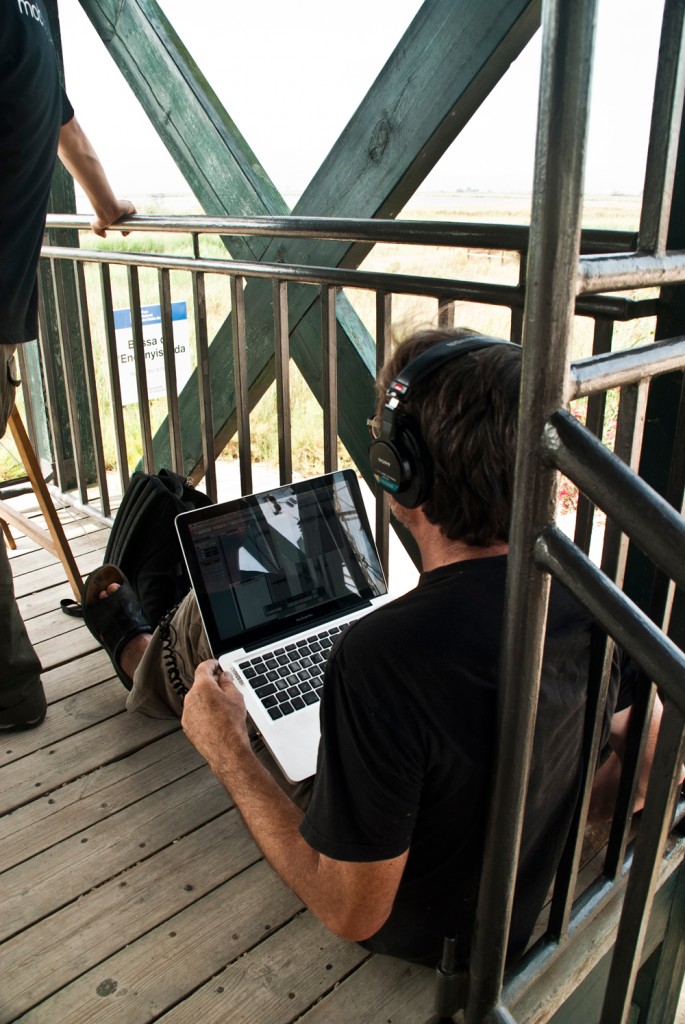